Karolinska Institutet, Stockholm/ Sweden (www.ki.se) is one of the world´s leading medical universities. KI accounts for over 40 percent of the medical academic research conducted in Sweden and offers the country’s broadest range of education in medicine and health sciences. Since 1901, the Nobel Assembly at Karolinska Institutet has selected the Nobel laureates in Physiology or Medicine. KI has several campuses in different areas of Stockholm.

The Department of Medical biochemistry and Biophysics (MBB) is one of the largest of KIs 20 departments, with 18 full professors, and is one of the academically most successful (three Nobel prize laureates have worked here). MBB has the oldest mass spectrometry facility in biomedical sciences in Europe and the second oldest in the world, which opened its doors for service in 1947. Today the mass spectrometry facility has 9 operational mass spectrometers, including six high-resolution Orbitrap mass analyzers. The research activities of the laboratory have a broad scientific scope, including method development for proteomics. 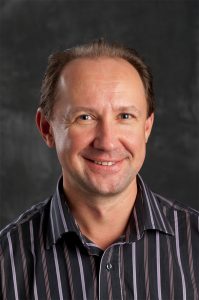 Roman A Zubarev, PhD  is a full professor, chair and director of the Chemistry I division at MBB at the Karolinska Institutet, Sweden.

Prof Roman A. Zubarev studied applied physics at Moscow Engineering Physics Institute where he obtained his Masters´ degree. He earned his PhD from the Uppsala University, Sweden in the field of Ion Physics and did his postdoctoral training in Fred McLafferty’s lab at Cornell University, United States. He became associate professor of biological mass spectrometry in Odense, Denmark in 1998, before moving back to Uppsala in 2002 as a professor of proteomics. In 2008, he accepted KI’s offer and moved to Stockholm. He has a broad research interest. He has discovered Electron capture dissociation (ECD) (1997) and other ion-electron reactions (1998-2008) for the analysis of polypeptides by mass spectrometry. He formulated the Isotopic Resonance hypothesis of the origin of terrestrial life (2008); experimentally verified the Isotopic Resonance phenomenon (2011-2014), and formulated the Isoaspartate hypothesis of the origin of Alzheimer’s disease (2011), as well as developed the “pI=7.4” method of biomarker discovery. His current research includes developing mass spectrometry based tools for studying disease mechanisms and developing novel proteomics tools.

KI is the main coordinator and manager of the project.  KI plays central role, integrating all the parts developed by other partners, creating software for seamless operation of the whole complex, providing samples, and analysing them using novel fragmentation techniques.