Nottingham Trent University (NTU) is a public university located in the UK city of Nottingham and is celebrating the 175th anniversary of its founding institution in 2018.  NTU was named both the UK University of the Year and Modern University of the Year in 2017.  Research at NTU is world-class and, in recognition of that, we were awarded in 2015 with the highest national honour for a UK university – the Queen’s Anniversary Prize. The Trent Integrated Mass Spectrometry (TIMS) joint research grouping was created in the School of Science and Technology in 2017 and crosses the boundaries between the Departments of Chemistry, Biosciences and Forensics.  The aim of TIMS is to build on NTU’s historic strength in the area of mass spectrometry and drive future growth.  TIMS is divided into 3 directorates: Mass Spectrometry Systems Development, Biomedical Applications and Forensic Applications. 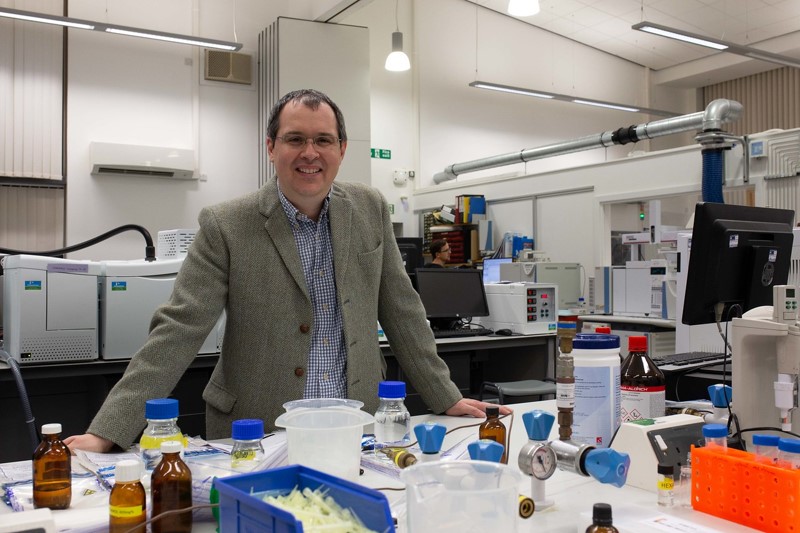 David P A Kilgour, PhD is a Senior Lecturer in Analytical Chemistry and a joint leader of the Trent Integrated Mass Spectrometry Facilities (TIMS) at Nottingham Trent University (NTU), in the UK. Dr Kilgour studied Geochemistry at the University of St Andrews and went on to complete his PhD in The Development and Applications of Instrumental Chemical Analysis at the University of Edinburgh. He continued in Edinburgh and, in 2002, during his postdoctoral studies, developed a data station and software for a prototype Orbitrap system, in collaboration with a team including Alexander Makarov.

In 2003 he moved to join the UK Ministry of Defence (MoD), rising to the level of Principal Scientist, and was a deployed Scientific Advisor, as part of a team, reporting to the Assistant Chief of the Defence Staff. During his time with the MoD he acted as Technical Lead for mass spectrometry projects and led a wide variety of programmes developing analytical instrumentation for security applications, including the joint UK/US Handheld Mass Spectrometer (HHMS) program.

In 2011 Dr Kilgour moved to Warwick University as a Senior Research Fellow and was then invited to join the faculty at the University of Maryland Baltimore, as a Research Associate Professor, in 2013.  In 2015 he was offered a position as a Senior Lecturer in Analytical Chemistry at Nottingham Trent University where he is continuing his research in mass spectrometry systems development.

Dr Kilgour undertakes research mainly in the areas of novel ion sources, mass analyzer developments and data processing algorithms.  Amongst other research, he developed the Autophaser algorithm that uses a genetic algorithm to optimally phase correct Fourier transform mass spectrometry (FTMS, a class that includes the Orbitrap) data, allowing the presentation of the data in absorption mode.  He also developed the asymmetric apodization method (termed the “Kilgour” apodization in Bruker software), also for absorption mode FTMS.  In 2017, he developed the AutoPiquer algorithm – a high confidence peak detection method that is proving highly beneficial for top-down protein mass spectrometry applications.